Home How to use depth of field to your advantage

How to use depth of field to your advantage

Depth of field is important for acquiring a sharp image of an object you are inspecting. With the right use of depth of field, you can ensure that the object you inspect is in focus, while the background and foreground are not in focus. That way it is easier for your vision software to recognize your object.

What is depth of field?

Technically, the depth of field is the distance between the nearest and furthest object of the image that is in focus during acquisition. In the image below, the working distance is 250mm. The closest object to the lens is 190 mm away. The furthest object is 250mm away and in between is an object 210mm away from the lens.

If your camera set up has a shallow depth of field, for example 30mm, it would be possible to get the closest, and the second object in focus, but the furthest card would be out of focus. By controlling the depth of field you could get all three items in focus, or for example specifically blur two of the three cards. 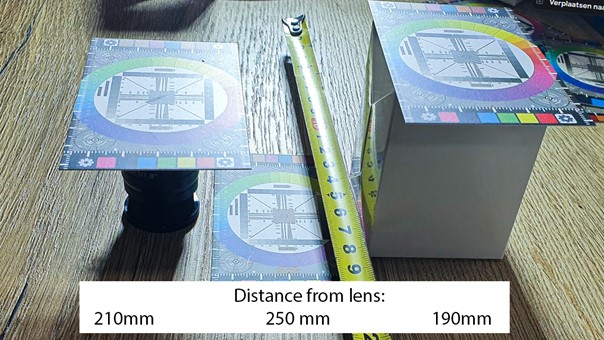 Control the depth of field with aperture

As previously mentioned, a large aperture (low F-number) will result in a small / shallow depth of field. A small depth of field is required if you have objects in the foreground or background that you want to blur.
Pro’s F1.4 Con’s F1.4  The image below illustrates that the card at 250mm is sharp, the card at 210mm is already not perfectly in focus, and details might not be clear for your image processing software. The card at 190mm is even more blurry and unusable.

As previously mentioned, a small aperture (high F-number) will result in a larger depth of field. A large depth of field is required if your object has different heights that needs to be inspected. Additionally, it is also required, if you have multiple objects that can be closer or further away from the camera. A larger depth of field will allow both objects to be in focus.
Pro’s F8 Con’s F8 As you can see, the card at 250mm and 210mm are acceptably sharp. The card at 190mm is still blurry but not as blurry as in the F1.4 example. The lost light has been compensated with a longer exposure time and digital gain. A longer exposure time can result in motion blur for moving objects. A high volume of digital gain will result in visible grain. 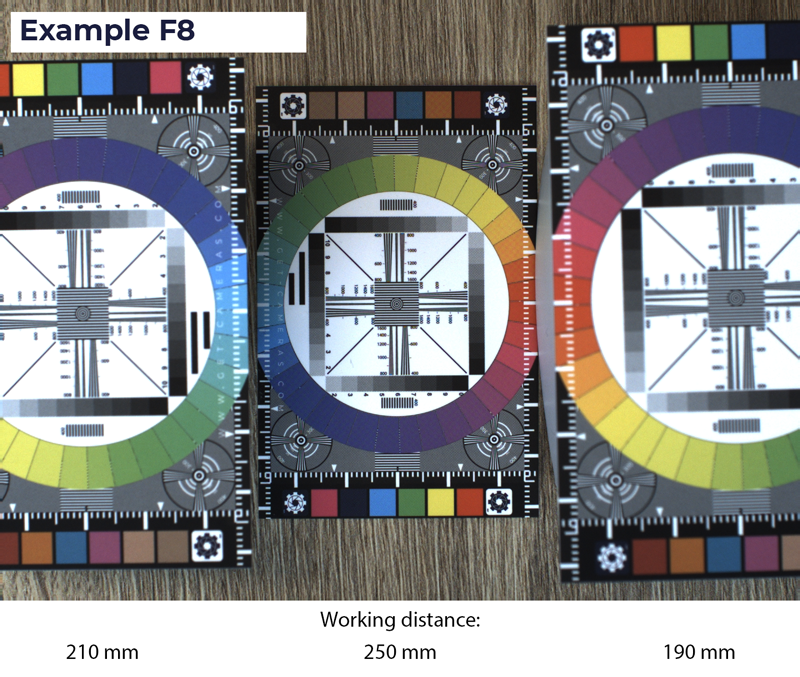 Tips for working with depth of field

In this example we have used F16. The aperture was almost completely closed. All cards are the evenly sharp, but the total image quality is not as good as you would prefer. 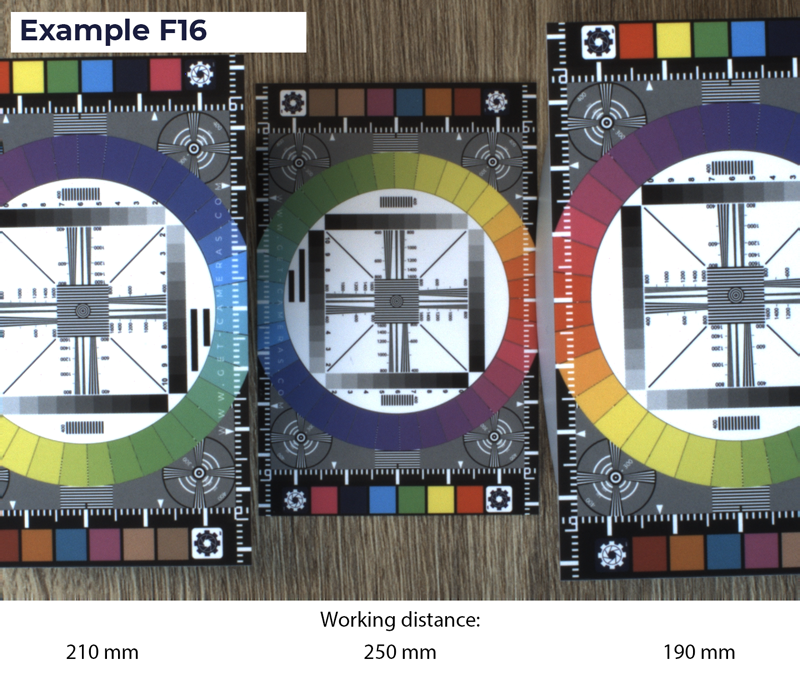 If you have any questions regarding this subject, get in touch with us! We answer all emails within 24hrs.